Trip to Hesperides by T.D. Agcaoili 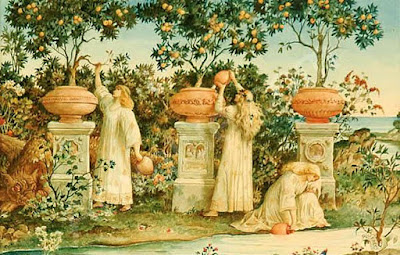 Trip to Hesperides, a tragic short story by Filipino writer T.D. Agcaoili included in his first volume of collected stories, tells the story of a homeless man with a quick and almost senseless grudge against people. This grudge is borne from anger toward his dead father and deep-seated hunger in his stomach. Without food fueling his common sense, he treats a passing woman with disrespect, a Chinese merchant with arrogance, and a cop on duty with prejudice. Without food fueling his five senses and only anger at the world feeding them, he ultimately places his life in danger.

The suspenseful short story reflects the nature of Agcaoili’s work, which often tackles social problems like poverty and consequently hunger. Little information can be found about Agcaoili online. What can be found shows how notable his works are such that he is among the remarkable literary figures recognized in the 1950s along with Nick Joaquin, Amador Daguio, Maximo Ramos, and Florentino Valeros.
What is also interesting in the Trip to Hesperides is the use of the term Hesperides, which, in Greek mythology, refers to the nymphs of evening and golden light of sunsets. The offspring of Titan Atlas, they are called Daughters of the Evening or Nypmhs of the West. They tend a beautiful garden in a far western corner of the world. According to the myth, it was from this garden that the Goddess of Discord, Eris, obtained the Apple of Discord, which eventually led to the Trojan War. Why is Hesperides used in the short story? Is it a place where the protagonist can ultimately quench his hunger?
Image:
Meacci, R. (2013, October 29). The Garden of Hesperides [Drawings & Watercolours (1894)]. Retrieved February 10, 2019, from https://upload.wikimedia.org/wikipedia/commons/1/1d/The_Garden_of_Hesperides_by_Ricciardo_Meacci.jpg
(This is an entry for the 9th Annual Deal Me In Short Story Reading Challenge by Jay of Bibliophilopolis.)
By Nancy at February 17, 2019