Celine Dion and some memories 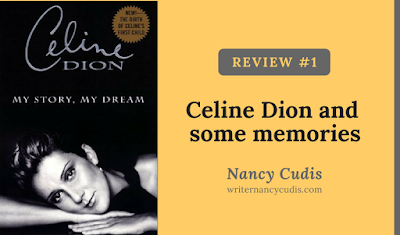 I was already singing her songs before I got to know the tall, flawless singer. The songs came out through my elongated radio, a black cassette tape player I had bought with the money I had received from an aunt who married a retired American soldier. That player was fixed in the third row of my bookshelf, sometimes dusty and mostly immovable. In the same way it was fixed on a spot, the player－sleek, curvy and almost inconspicuous－was almost always fixed on one radio station, 96.3 WRock.

I can only count the times I changed the dial to an AM station to listen to “golden music,” as the disc jockeys called it, of Frank Sinatra, Shirley Bassey, Dan Hill, Jim Croce, Abba, Bee Gees, Cascades, Tom Jones, Kenny Rogers, and Air Supply. They were our Sunday best friends over a feast of guso, lato and a kilo of lechon (roasted pig).

But I always go back to 96.3 WRock’s light tunes and a variety of songs for easy listening. Until now, the songs I listened to stuck. Each time my husband belts out a song with his guitar, I can sing some of the lyrics. I surprise him when I do since he knows I’m tone-deaf. When I can’t get the lyrics out, the melody is an annoying buzzing bee in my head. When I try to at least give a hum, I go about it wrongly. Still, I can remember some of the words. When I read them, I can sing them for my own pleasure.

Of all the songs I’ve listened to through my player, it was Celine Dion’s heart-reaching, heart-turning and heart-squeezing voice who made music more memorable for me.

Celine made loving and being in love sound so easy. I had once questioned about how one could possibly love me. I was in high school, quiet and observant with an ear infection almost every summer. I was practically convent-raised, studying in an all-girl, nun-managed private school.

At the time, my only exposure to boys was during my elementary years. It includes punching a male classmate in the nose for teasing me about how I would raise the flag by mistake during ceremony and embarrass myself before so many people, another male classmate whose hair on his arms I would trim with blunt scissors used for cutting paper in art class, and a gay classmate with whom I role-played Sailor Moon with along the corridors of a business building across the school (I was Sailor Venus and he was Sailor Mars).

When I read the first half of Celine’s book, Celine Dion: My Story, My Dream, published by Avon Books in 2001, I pictured in my mind an innocent girl lacking so much in romantic experience but has so much love to give because she received just as much growing up as the youngest of 14 children. When she sang love songs onstage, how hard it must have been for her to rack up all feelings to form perceptions of love for the opposite sex, then translate all these into emotions that the love songs demand to demonstrate and evoke.

Then she fell in love. When she declared her feelings to Rene Angelil who would later become her husband, she was at first rejected for her young age. What left a remarkable impression on me was how she doggedly pursued the man of her dreams with determination, patience, self-discipline, and respect personally and professionally. For a superstar like her, these qualities make her so human, down-to-earth and relatable that I'm willing to welcome her to be my talented karaoke-loving neighbor anytime.

Another thing that struck me was how Celine grew up with a lot of help from the right people, from her mother and family to Rene and his associates, right from the start. She is the epitome of how the beings in this world can conspire together to make one's dreams come true, even if it can take a long time.

Listening to Celine Dion even before reading one of her autobiographies developed in me that positive perspective of a love that is respectful and kind and one that lasts. I never imagined I would be in a relationship, let alone get married. I was focused on achieving a successful career. And so I studied.

In a passing whim, I had briefly nurtured romantic scenes in my 12-year-old mind of how my crush would notice me and find me pretty and would say so to me. Those daydreams took a backseat in high school and college when I let academics took hold of much of my teenage years. There was a respite in all those long young years when my elementary classmates gathered for the birthday celebration of my close friend, Tere. At 18, I was already driving my father’s red beat-up minivan. Tere had insisted my crush who joined us to sit in the front seat beside me.

I have always been a quiet driver; I let my passengers do the talking and entertainment. My crush, or the boy I used to have a crush on, doesn’t know me. I was sure the only thing he knew about me was my name. He must have thought I needed someone to talk to during the bumpy drive. Our conversations were short and stiff. I knew I had long outgrown my special feelings for this boy. At the time, I only felt like strangling Tere out of embarrassment, for putting me on an awkward hot seat, for letting the seating arrangement speak the obvious.

When we arrived at Tere’s place, my crush accidentally fell in a ditch. He must have staggered clumsily out of the front seat environment, which was perhaps too quiet for him, of the vehicle for such a thing to happen. While our other batchmates laughed, I felt no more than sympathy for him.

I found Celine’s book stuck in between two fiction books, discreet in one side of a local secondhand bookstore. The font style of her name on the spine called out to me when I let my eyes expertly roam spine after spine, book cover after book cover in the hopelessly unorganized inventory of paperbacks and hardbound items of Booksale.

I bought the book but I hesitated reading it. Although it was in a quite good condition, the cover looks like it passed through several babies’ careless hands and ruthless teeth. And the smell. It was terrible, like the odor that follows a few hours after a poor mouse’s death. I had to wipe the edges with wet tissue and air it out for two days.

This is what I don’t like about Booksale. Just because their stocks are secondhand books doesn’t mean its staff can just throw books around and to each other like in a heated game of basketball, dump them on the floor like some frustrated worker already short on cash during payday, stick price tags on the cover that look like misplaced cut papers with super glue, and put books anywhere where there is space, like a husband left to cook in and clean a woman’s kitchen, complacent that the items are within the said space and can be found in due time.

Celine Dion’s book is worth a treasure for the gems of wisdom they contain and the heavy dose of inspiration that it gives. She approached singing as both science and art, as talent and skill, as a blessing and a fragile gift, with gratitude and apprehension. She is honest about her relationships with her parents, sisters and brothers, friends, husband, and crew. She is equally honest about how she looks, her insecurities and her fears and what she did to overcome them. She is also not embarrassed about her earnings and what she deserves to buy or create with her income.

After reading her book, which unusually took me two months, I will continue to listen to Celine Dion sing through my radio (I got a new one now, still black, sleek and cool but smaller, lighter and with soft-touch buttons, for I haven’t graduated yet to become a disciple of iTunes or Spotify.) And I will listen to her differently, with more appreciation for the birthing process of her every song and the mental and emotional battles she went through to make a song succeed for a long time in the hearts of many people around the world.

(This essay by Nancy Cudis-Ucag was first published on collectedthemes.wordpress.com on March 30, 2017.)